The Mystery of the Celebrity and the Gagging Order

News of a juicy celeb affair hit the tabloids recently. The kicker? LUXE Models consider the importance of a gagging order and why it's so serious to abide by the orders.

Everyone loves a good celebrity scandal

Every time we hear that a celeb has cheated on their significant other, we find ourselves in two minds about how to feel. On the one hand, everyone loves a good celebrity scandal. On the other, it's never great to enjoy someone else's misery.

Despite our misgivings we usually find ourselves getting wrapped up in the story anyway. Think Cheryl Fernandez-Versini or Sandra Bullock. When we discovered that they’d been cheated on we found ourselves starting to like the unlucky in love A-listers more than we ever had before.

The story of CHS and Mr Y

Obviously we feel differently when the celebrity was the one who cheated. Maybe that’s why the Daily Mail reported that a female celeb, only identified as CHS, has taken out a gagging order to prevent details of her illicit affair with a “high profile” married lover called Mr Y from leaking into the public domain. 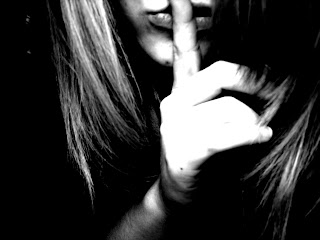 CHS had a boyfriend herself. He found a journal she’d used to meticulously detail her time with Mr Y. He took a few snaps of the journals “intimate” entries and confronted her and of course, they had a massive blazing row. After a few more massive blazing rows, CHS decided to take legal action against her boyfriend to preventing him handing over the evidence of her torrid affair to Fleet Street.

Judge David Hodge QC granted the gagging order under the Human Rights Act. He basically said that if the pics were leaked it could do enormous damage to both CHS and Mr Y as figures of public trust. Hodge also suggested that it would have severe financial repercussions and that in this case, CHS’s privacy was more important than any claim that could be made in the public interest to reveal the pictures.


David Hodge has shattered our dreams! If CHS went to the effort of getting a gagging order to stop these pictures leaking you just know they’ve got to be juicy!