Tulisa Contostavlos was cleared of supply Class A drugs last week, and Luxe Models has learned that this week, she has spoken out on the anguish that charge caused her.

Tulisa Pulls Off Chavvy Fashion Like Only She Can

We’ve always been huge fans of the beleaguered pop star here at Luxe Models. She’s certainly made a name for herself. Starting out on a council estate, she’s overcome a lot to become one of the hottest pop stars in the UK.

And we’ve always had a bit of a thing for Tulisa’s sense of fashion. Yes, it may be somewhat on the chavvy side, but she pulls it off in a way that only she can. Which is why we were shocked to hear that’d she’d been charged with supplying class A’s. 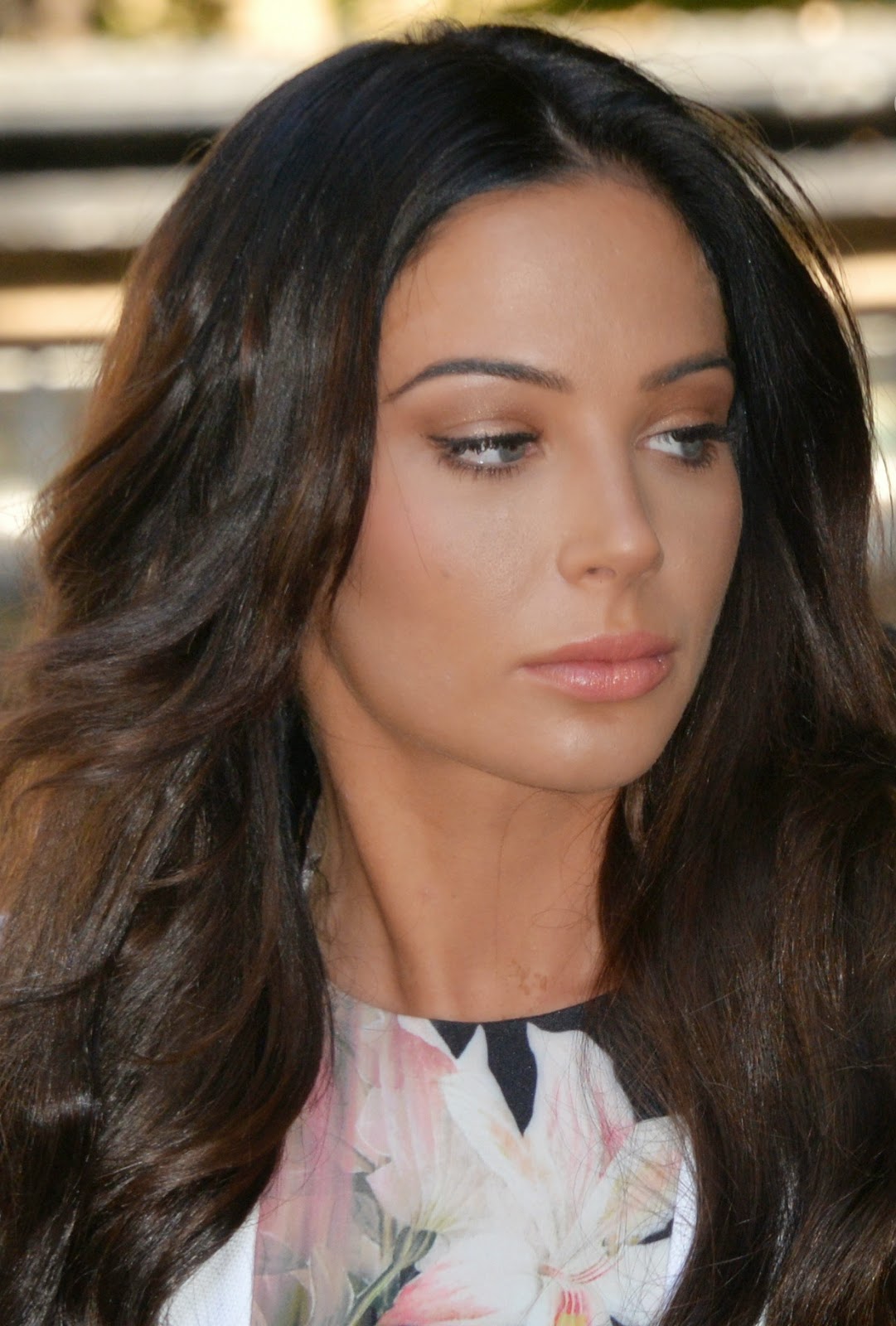 Oh What A Media Circus

Basically, Contostavlos was suggested to have been supplying the narcotics last year, after having been ‘caught’ in a sting by undercover reporter, Mazher Mahmood. The case went to Southwark Crown Court recently.

It’s been a media circus of epic proportions. The whole thing blew up, and the media have latched onto it like a baby does its first bottle of the day. However, last week, the case against the former N-Dubz singer collapsed, due to Judge Alistair McCreath’s belief of ‘serious misconduct’ on the part of Mahmood. However, she was found guilty of assault, and ordered to pay £200 in fines, along with a £20 victim surcharge, compensation to the tune of £100 and £2,700 in costs. She plans to appeal.

Now she’s spoken out on how the charge affected her life. Digital Spy reported that in an interview with Good Morning Britain that Contostavlos said: "I felt like my life was over. Like someone had taken my life away. They took it out of my hands and took it away in a second."

She went on to reveal that she was now unsure of what the future holds, suggesting: "I have no idea what is going to happen - no idea how the public will feel about me coming back. I've been portrayed as a monster. I'm going to try and go back to what I love again."

What happens next is anyone’s guess, but it’ll be certainly one to watch over the closing quarter of 2014. Where will chav fashion icon Tulisa Contostavlos go next?

The #FreePalestine drama last week has prompted Luxe Models to ask, who are Hollywood’s five most political celebrities?

We love celebrities here at Luxe Models. Whether they’re getting snapped by the paps in a compromising position, making controversial statements about the difficulties of fame, or making waves with their tediously dramatic love lives, we simply can’t get enough.

Yet for some reason celebrities sometimes come under the delusion that their opinion on current events actually matters. As Rihanna proved with her #FreePalestine tweet last week, it really doesn’t. All it does is create a storm of controversy (which let’s face it, they want) and give us gossip fanatics something to talk about. 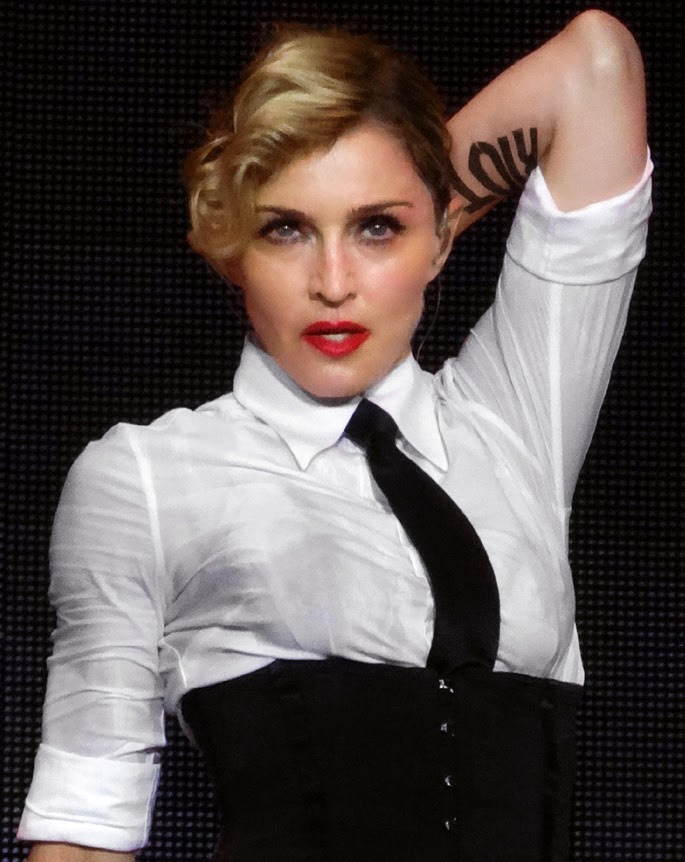 These Five Celebrities Just Can’t Shut Up About Politics

Some celebrities have a serious case of verbal diarrhoea when it comes to all things politics, and the following five celebrities just can’t seem to stop sharing their political opinions:

1)      Madonna: The material girl is no stranger to causing a little controversy (remember the Sex Book?) and in recent years she’s taken to airing a number of divisive political statements, whether it’s calling President Obama a Muslim (Fox News practically salivated at that) or imposing incendiary images onto the faces of far right French politicians!

2)      Angelina Jolie: To be fair, she is a representative of the UN, she kind of has to get political, but does she have to keep doing it looking as though butter wouldn't melt! If she adopts one more baby from one more foreign country, she may just have the whole world metaphorically living under one roof!

4)      Eva Longoria: She’s come a long way from her days as a desperate housewife, and Longoria has taken to vocally speaking out about immigration on the US; an issue she’s said more than once is close to her heart.

5)      Sean Penn: Penn is as likely to make headlines these days for his political activism as his acting career. A staunch Democrat, Penn has taken to protesting over a number of hot political issues in recent years, including most notably, the Iraq War.

We honestly, don’t care about what any given celebrity actually believes, but we do love it when they take a break from the glittering lights of tinsel town, to make a few headlines with their latest must-read opinion on the politics of the day; if only because it gives us something to talk about around the water cooler!

For more stories and updates like this, be sure to stay in touch with Luxe Models on Facebook.
Posted by Unknown at 16:17

In shocking news, last week the Mail Online actually apologised to George Clooney, which here at Luxe Models, we think is a momentous occasion!

Let us tell you how much we love George Clooney. The A-List Hollywood actor is not only one of the most gorgeous men to walk the planet, but one of the most fashionable too! His understated, yet always on point, take on male fashion staples, such as the blazer and the statement scarf, have made him a modern male fashion icon.

Which is why we cheered when the formerly perennial Batchelor announced his engagement to British-Lebanese lawyer, activist and author Amal Alamuddin. Every bit as stunning as her A-List fiancé, Alamuddin has enchanted fashion bloggers (including Luxe Models) the world over, with her elegant yet modern taste in clothes. We simply adore her penchant for soft power suits! 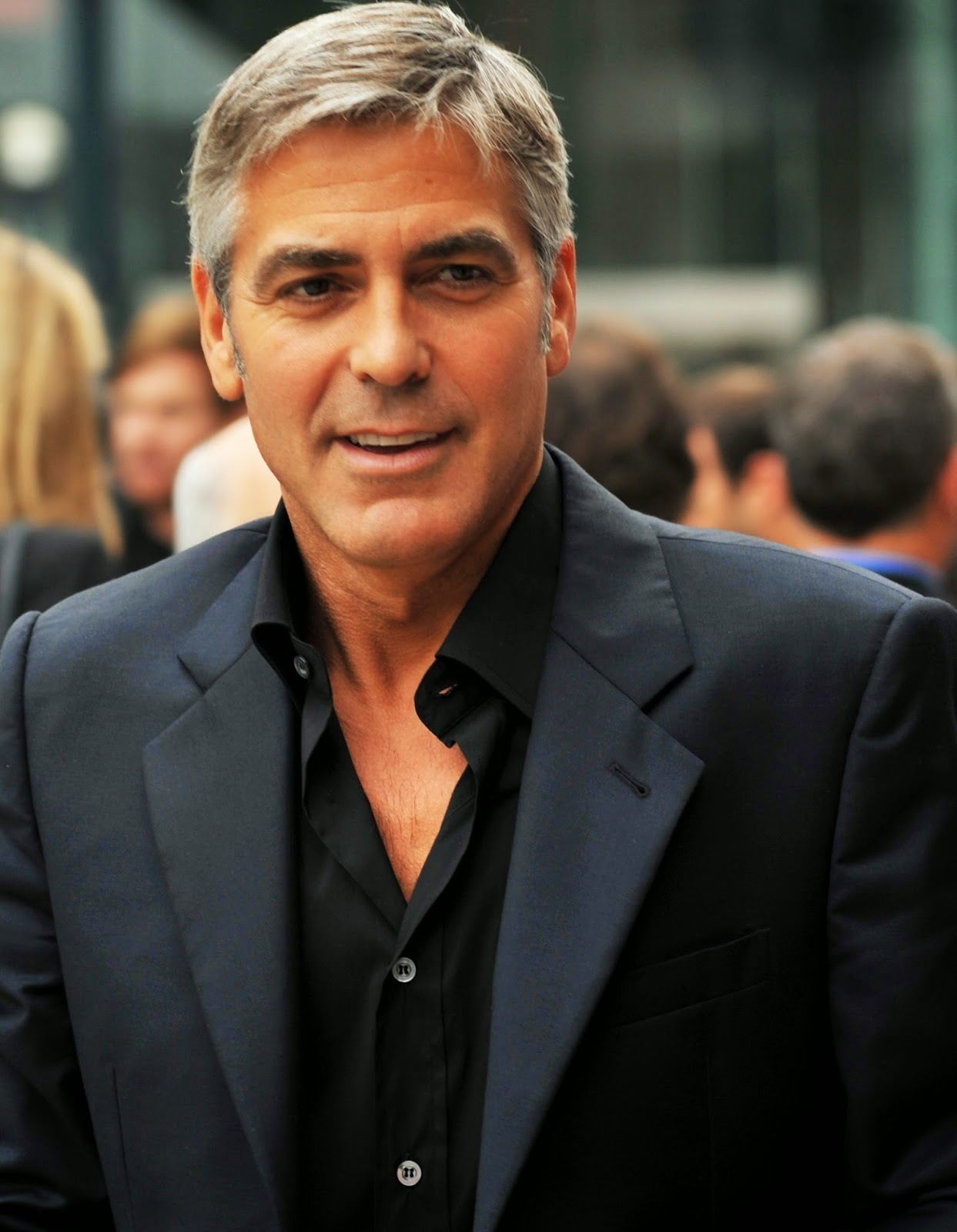 No One Was Really Surprised When This Happened

They’re fast becoming one of tinsel town’s hottest couples, spurring fashion trends as quickly as most people change shoes. Which is why it was no surprise at all last week, when an article about the happy couple appeared on the Mail Online.

The Daily Mail’s online platform chose to feature a story claiming that Alamuddin’s mother disapproved the match due to her daughter marrying out of the Druze faith. Naturally, Clooney rebutted in a column for USA Today, by pointing out several inaccuracies in the report.

They Were Surprised When This Happened

According to Digitalspy, the site pulled the story, and released a statement on its website, saying that whilst it was not a fabrication, and supplied by the journalist in good faith, they accept Clooney’s assurances that the story is inaccurate and apologise.

How often do they apologise, and apologise (seemingly) sincerely at that!? Almost never, so this may just be a reason to celebrate for everyone who loves this fashion forward couple as much as Luxe Models do!

For more updates and stories like this, make sure you check out Luxe Models on Facebook.
Posted by Unknown at 14:07

What Did Cheryl Cole Say to Simon Cowell That Fateful Day?

This week a burning question on Luxe Models mind has finally been answered; what did Cheryl Cole say that fateful day to Simon Cowell when she was fired from The X Factor USA?

We adore Miss Cole here at Luxe Models – she’s perhaps the quintessential modern style icon, having graced the cover of every fashion rag from Elle to Vogue. She sets trends merely by stepping out the door, and her big, natural, statement mane is so popular with women it’s gone global.

She’s not just a style icon though. Chezza has gone a long way since her Girls Aloud days. She’s had a string of smash solo hits, made a mint with a range of lucrative advertising deals, and sealed her place in the hearts and minds of the British public, by proving extremely popular as a judge on the UK version of Simon Cowell’s hit talent show, The X Factor.

They Broke Up The X Factor Dream Team!

Cheryl first joined The X Factor back in 2008; the show’s heyday. Completing the judge panel dream team, along with Cowell, eternal idiot Louis Walsh, and fellow female pop star, Danni Minogue, the show went from strength to strength. She was so fabulous in the role she even coached two contestants, Alexandra Burke and Joe McElderry, all the way to the winner’s crown!

So when back in 2011 when both Cole and Cowell announced they were deserting us to kick-start a version of The X Factor stateside, most of us were inconsolable; they broke up the dream team! We were also sceptical; as amazing as she is, they have no idea who Cheryl Cole is stateside. We were right to be sceptical, Cowell fired her a few days into shooting The X Factor USA.

It was pandemonium, and famously wrecked their relationship to such an extent, that it’s only just recovered. Cole’s kept quiet about the incident for years, however last week Digital Spy reported that Col finally opened up about that time in her life, in her latest interview with Elle UK.

Cole decided to share the text she sent to Cowell in response after she heard the news. What a text it was. Specifically, it read "F**k you, F**k Fox, F**k the orange and purple outfit. F**k the big hair. F**k the UK X Factor. F**k you all. I hate you."

Powerful words, and quite frankly, you know what we say here at Luxe Models? Good on you! We knew there were more reasons we respected you than you’re admittedly perfect fashion sense!
Posted by Unknown at 11:56