What Type of Photos Should You Send to a Modelling Agency?

As a bare minimum, modelling agencies will expect you to submit at least one head shot. Without this essential snap, they won’t be able to assess your full potential as a model. But we’d advise you to send two head shots – one smiling and one not – to really grab the attention of top modelling agencies.

Modelling agencies will also expect you to submit at least one body shot. If they have this snap, they’ll be able to determine whether you have the right look for the modelling work they do. Again, we’d suggest you include at least two pictures – a front and a back shot. This will ensure that top modelling agencies can view your modelling potential from all possible angles!

Your portfolio pictures are your chance to shine. By all means submit snaps that depict you wearing a range of fashions, to illustrate your versatility as a model. But don’t venture into the realm of bad taste. Modelling agencies don’t often react well to pictures where models choose to wear items like fur. These pieces are seen as controversial by today’s fashion industry!

There’s nothing worse than a blurry photo. More to the point, if you send an out-of-focus picture to a top modelling agency, they’ll just place it aside. How can they assess your potential as a model if they can’t even see you? Make sure that any pictures you send to an agency are clear and in-focus.


Use your common sense

Engage your common sense before you submit your portfolio to an agency. They don’t want to be barraged by inappropriate portraits. Don’t send nude pictures to a modelling agency; you’ll appear extremely unprofessional. Also, refrain from including group shots in your portfolio. If your pictures include other people, it’ll make it harder for agents to pick you out of the crowd!

The importance of a modelling comp card

Are you looking to break into modelling with no experience? If so, you need to do your research so you can get ahead and attract the attention of top modelling agencies. LUXE Models asks; what is a modelling composite card?

You can’t become a model without building a portfolio. If you utilise the services of professional photographers, stylists etc., you can create a portfolio which displays your versatility as a model. In other words, you can use it to show the best modelling agencies why you’d be an asset to their roster.

You can also use your portfolio pictures for your ‘modelling comp card.’ This is basically a business card that aspiring models give to agencies. When you put together your modelling comp card, you’ll want to make sure it impresses agents from the very first glance, so they’ll want to sign you.

In the UK, modelling comp cards are generally two-sided and they have five images, including at least one head shot. We’d advise you to make sure you include a full-sized image, along with your name, on the front of your modelling comp card.

Save the remaining four images for the back of your comp card. The reverse-side should also feature your stats e.g. height and measurements, so agencies have the information they need to determine whether you’re right for the modelling work they do. It should also list your contact details, so an agency can get in touch if they want to work with you.

So how can you create a comp card that’ll help you launch a successful modelling career? We’d suggest you keep the following tips in mind when you put together your modelling comp card:

·        Choose your favourites: Most experts suggest that you save your favourite photos for your comp card and the best for the front. If you love these pictures, there’s a possibility that one of the top modelling agencies in the industry will too.

·        Show versatility: After using the front of the card to grab someone’s attention, utilise the back to illustrate your versatility as a model. The reverse of comp cards typically feature a model in a variety of poses and fashions, to show that they’re capable of adapting their look.

·        Keep it simple: If your pictures aren’t accurate, they won’t impress agencies. When putting together your comp card, opt for photos that haven’t been manipulated digitally through tools such as Instagram filters. If your comp card pictures aren’t natural, the agency may decide not to work with you after meeting you in person.

·        Think of extras: Everything about your comp card needs to impress. Think about the little details. Make sure that your information is printed out in an elegant, yet readable font. Also opt for high quality paper, to show agencies that you want to invest in your future as a model.

In this business, first impressions carry a lot of weight. If you want to become a model, focus on creating an outstanding comp card. This will help you make a great impression on top modelling agencies and hopefully help you launch an amazing career.
Posted by Unknown at 09:14

What to Expect at Paris Fashion Week

Paris is often considered the world’s premier fashion capital. This is the place where historic fashion icon Marie Antoinette lived and died, where legendary designer Coco Chanel invented the little black dress and where haute couture was born. Consequently, Paris Fashion Week is often regarded as the most significant of them all, regularly attracting the biggest names in the industry.

The latest Paris Fashion Week starts today and runs on for more than a week, ending on Wednesday 9th March. If you want to get in on the action and see the latest trends literally as they descend onto the runways of France’s capital, you can watch live streams from Paris Fashion Week. You might want to check out the event’s schedule to see every designer who’s appearing. So which shows can’t you afford to miss?

As a fashion enthusiast, you may want to check out the household names – these brands always put on glittering spectacles when they come to Paris Fashion Week. In the first few days, you can catch shows from Lanvin (8pm Thursday 3rd March), Issey Miyake and Christian Dior (12pm and 2.30pm Friday 4th March). Meanwhile, iconic British designer Vivienne Westwood will be displaying her innovative collections at 4pm, Saturday 5th March.

Things are only set to heat up towards the end of Paris Fashion Week. On Sunday you might want to tune into glamorous showcases from some of the world’s top designers including Balenciaga (11.30am), Celine (1pm) and Givenchy (8pm). Meanwhile in the last three days you can expect to see blockbuster shows from the best in fashion including Stella McCartney (10am Monday 7th March), Chanel (10.30am, Tuesday 8th March) and Louis Vitton (10am, Wednesday 9th March). 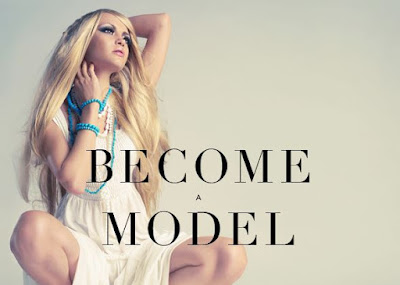 If you want to become a model, it's certainly a good idea to tune into Paris Fashion Week. Here, you’ll be able to see how things work at the pinnacle of the industry, as the world’s most illustrious designers gather to show everyone what will be the hottest style trends in autumn and winter 2016.

Of course, the most talented designers in the world are only going to hire the best models on the planet to display their creations. According to the Sun Daily, models set to walk the runways of Paris this time around are likely to include famous names like Gigi Hadid, Kendall Jenner, Lexi Boling and Julia Hafstrom. Watch these women work and they’ll show you how to succeed as a model when you have the eyes of the world on you!

Stay in the loop by following LUXE Models on Twitter.
Posted by Unknown at 14:54