Five of the Best Celebrity Friendships Ever!

Selena Gomez and Demi Lovato have finally put their ridiculous feud behind them. We’ve decided to celebrate this fantastic news here at Luxe Models by revealing the five best celebrity friendships ever!

There’s nothing we love more here at Luxe Models than a famous friendship. Back in the late 00’s there was no better match than Selena Gomez and Demi Lovato. They were both Disney stars, both fabulous and both ladies knew how to make a bold fashion statement. They had a bit of a falling out last year, but according to Movie TV Tech Geeks they made up last week, posting a selfie online to prove that this famous friendship is back on! 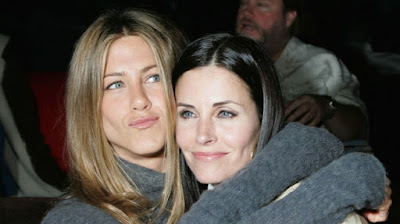 This heart-warming news got many of us at Luxe Models thinking about all the other headline-spinning famous friendships that have cropped up over the years. Here are five that we believe show the true value of friendship!

Lasting friendship
With these examples to follow, Gomez and Lovato have a lot to live up to now that they’ve finally revived their epic friendship. As Cox, Anniston, Barrymore, Diaz, Gomez herself, Swift, Damon, Affleck, Beckham and Longoria have already shown, a Hollywood bond can last a lifetime!

For more stories like this, be sure to stay in touch with Luxe Models on Ello.