Girls : “The Little Fat Chick” Who Made It

After listening to my housemate repeatedly tell me to get onto this American comedy, Girls for two weeks solid, I finally got around to watching the first episode on Thursday night. I had finished all two seasons by Saturday... And I work a 9-5. The programme captures with humbling honesty all of the nitty gritty details that fill the life of a twenty-something year old girl trying to make it through the limbo that hangs steadfastly between university and youth and life as an adult. Lena Duham, the creator, writer, producer and star of the show portrays with frightening accuracy the lives, trials and tribulations of a group of girls trying to survive in New York, in romance, in friendship and work.

This show is not like other American hits. The cameras that shoot the programme do not sport (like The OC and Desperate Housewives) a permanent orange lens to portray an unnatural glow across each character’s face and an alarming lack of cellulite around their thighs. The girls are not size zero, not airbrushed and in no way the completely unrealistic portrayal of “young women” that we see on Gossip Girl.

Luxe Models is fully aware of the fact that the world is changing and being size zero is no longer a necessity to make it in show-biz or modelling. Quite the opposite, Lena Dunham is a self-deprecating, hilarious embodiment of what it is to be, well, normal. Except for, perhaps, her brilliant wit, fabulous writing and success at the age of 25, this girl is just like you and I. The show is very much autobiographical, and so freakin’ relatable that it hurts (anyone who is also a twenty-something year old girl living in the city after university must agree). Hannah Horvath, the protagonist of the show played by Lena Dunham, has been “14 pounds overweight” her whole life, regularly goes out with a “greasy forehead” and snacks to her heart’s content. Yes, she is much like a lot of regular twenty-somethings, nay, most twenty-somethings. She rocks pretty outfits such as floral playsuits, and never shies away from short-shorts. What’s more, she dates (and has raucous, adventurous sex with)  the hottest guys throughout each season, the highlight having to be Adam Sackler, played by upcoming actor, Adam Drive, who is THE most beautiful, broody, moody, arty character to hit any screen in a long time.

Lena Dunham, during an interview with David Letterman, described how Howard Stern had said about her: “Good for her. It’s hard for little fat chicks to get anything going.” She laughed at the comment and said she admired Stern’s work; she just wasn’t bothered. And why should she be when she looked gorgeous, dressed in a simple black dress, with bright red lips and a pixie-crop haircut.

The show is painfully true, hilarious, embarrassing and gorgeous. We see the kinds of outfits that actually inspire “I might buy that” kind of thoughts, and not “I’m going to find the nearest cliff and jump off it”. For the girls, for ALL the girls... you must watch this show.
Posted by Unknown at 11:25

Kate Moss plus leather equals fashion dream. Actually Kate Moss plus anything equals fashion dream; Luxe Models cannot deny that the supermodel, bad-girl, loving mother and wife to hot hot rock star could pull off a bin-bag-sarong. And, no, this is not a hyperbole, this is genuine fact. So, where were we? Ah yes, Kate Moss wrapped in bad-ass leather and a teeny tiny denim mini skirt, draped across a motorbike. Classic. This is the image of the oldest motorbike brand, Matchless’, campaign for their new clothing line.

Involving leather jackets that range between £900-1,300, these motorbike accessories are not for the feint hearted. Luxe Models staff have been drooling over the collection all morning, and we’re not sure if it’s the fact that Kate Moss is wearing one of said jackets gaping open with nothing underneath, and yes she’s still got it, or if it’s the tantalising leather jacket itself; one of the longest-lasting fashion-staples of all time.

Kate was photographed by Terry Richardson, lavishly strewn across Marlon Brando’s motorbike from The Wild One; dayum!

Michele Malenotti, Matchless’ marketing and business expansion director, said, "We are delighted to be working with Kate Moss on this first Matchless advertising campaign for this new era of the brand. We feel her spirit and personality fit the brand perfectly and this is clearly conveyed in the campaign." And here at Luxe Models we couldn’t agree more. Kate Moss sums up everything about the iconic leather jacket look, from her don’t-give-a-damn attitude, to her rock star lifestyle, to her casual dismissal of negative media attention; the model-turned-mother is impossible to bring down.

If you’re inspired by this new collection then Luxe Models has a few handy tips for you about how to pull off a leather jacket:

The Luxe Models team x
Posted by Unknown at 10:56

LUXE Models can help you build a portfolio which helps you break into the modelling industry, so long as you've got the right attitude. LUXE Models, based in London, Manchester and Birmingham, is NOT a modelling agency and we don't get models jobs.

LUXE Models pride ourselves on giving the best, most comprehensive advice, and understand that each person that comes into modelling is different, and should be treated as an individual. Using a company like LUXE Models UK is not only a great way to build an outstanding portfolio of shots, but also to boost your confidence and prepare you mentally for the challenges you might face in the modelling world.

Entering such a competitive field of work can seem very daunting at first, which is why we are here to help bridge the gap between your first thoughts of becoming a model, to your taking on the industry by storm!

Your time starts with an assessment, after which we will advise you on which route is best for you to take to maximise your potential and our company’s services. We have a great reputation for truly understanding the logistics of modelling, and also for being compassionate, caring and patient.

LUXE Models are here to help you break into modelling whenever you are ready! Find out how to prepare for a portfolio shoot with LUXE Models today!

Drop into one of LUXE Models’ three studios across the UK and our staff would be more than happy to help. Please note, you will need to register at LUXEModels.co.uk before you can be considered for a photoshoot but you may still visit to ask for any tips or advice when looking to kick-start your career in modelling.

LUXE Models studios are open from 10am to 5pm from Monday to Friday.

LUXE Models are active on social media and people often get in touch to share their photos from their final portfolios. Whether you’re enquiring about our services, leaving LUXE Models feedback about your experience or simply dropping by to say hello, we will look to get back to you within three working days.

Connect with us professionally on LinkedIn.

Check out our latest photos, blogs and advice on Pinterest.

Get in touch with LUXE Models via email at enquiries@LUXEModels.co.uk and we will get back to you as soon as we can.


Check out LUXE Models’ recent blogs for modelling tips and fashion advice. Visit http://luxe-models.blogspot.co.uk/or https://luxemodelsuk.wordpress.com/ to find out some of the latest news.
Posted by Unknown at 10:28 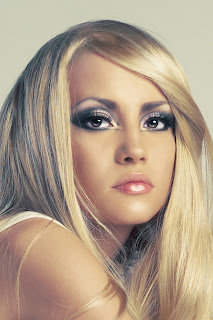 Your modelling portfolio is an essential marketing tool for both full professional and inexperienced models.

It's the first impression you give out, and is your best chance to break into the modelling industry. The purpose of a model’s portfolio is to showcase your ability and talent as a model, demonstrating a wide range of looks, poses, and experience, as well as showing clients that you are photogenic.

LUXE Models specialise in providing a platform for up and coming models, and believe in the importance of having between seven and 10 of your best shots to show your range of modelling abilities and 'looks'.

We understand that most aspiring models tend to work on a tight budget, and paying for a professional photographer may seem excessive. But it's definitely worth it if you are trying to build an effective, killer portfolio to beat your rivals to a contract. Investing in a fashion photographer could be the best thing you do when it comes to setting up your first portfolio.

Ask the photographer who will provide the hair and makeup artist; you or them. LUXE Models suggest having these services no matter who provides them. No matter what style and colour of makeup you think makes you look best, you should vary depending on hairstyle and outfit for versatility.

Don’t be locked into one look; ask the photographer if he or she provides retouching or airbrushing services. You'll need a good selection of different looks in your portfolio, so try:

When selecting clothing, select versatile items to show off different looks. It's good to wear tight fitting clothing or swim wear, especially if you plan to apply to the plus size model markets. These plus size agencies like to see exactly what they are getting when they view your photos.
It’s always better to stick with traditional clothing. Look for fashions that fit your body type. Stay away from clothes with visible labels as your portfolio is about you as a model and not the designers and labels you prefer. You need to display versatility and be happy to model a variety of clothing. Knee-length or slightly shorter skirts, button-down blouses and plain slacks are basically timeless when it comes to clothing, so are always a good bet for some of your casual shots.

A plain pair of shorts and a tank top is a great option and never goes out of style. Jeans and T-shirts remain to be a sporty fashion trend throughout the years. Always wear solid colours. Nothing detracts from your face or figure more than clothes covered in busy patterns and prints.


Look through fashion magazines and clothes catalogues and find poses you like. Practice in front of a mirror until you’ve got it right.

A portfolio shoot is a team effort. Always feel that you can make suggestions about posing and makeup, but make sure you are not confident taking over the shoot!

Remember, you are working with professionals. Both the model and photographer should work together to achieve the best possible portfolio images possible.

Find out how to prepare for a portfolio shoot with LUXE Models before you attend and we can help you break into modelling!
Posted by Unknown at 17:13