Luxe Models has decided to talk about something that we’ve been too scared to even whisper about on this blog until now. Sheer; this season’s must have trend. 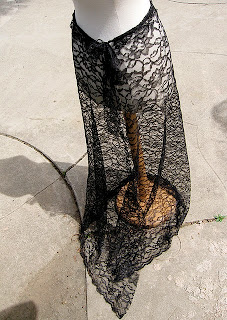 But sheer is the everyday woman’s nightmare. It’s designed to be revealing. The vast majority of women don’t have Queen B or Kim K’s body, which means that the average fashionista can find it difficult to rock clothing that reveals everything they have to offer.

Five rules for pulling off sheer

However it’s not impossible. You can peep your head above the parapet and rock sheer without making a total fool of yourself. Just follow these five rules:

1)      Invest in fabulous lingerie: This is no time for thongs ladies. You’re not Miley Cyrus; you can’t get away with pairing a sheer outfit with nipple pasties. Sheer reveals everything, so it’s vital that you slip into gorgeous lingerie before you even attempt to pull off this risqué trend.

2)      Less is more: The best thing about sheer is that it’s translucent, not transparent. It provides the wearer with an air of mystery. Preserve the mystique you can draw from this stunning look by making sure you only flash a minimal amount of skin when you’re wearing sheer.

3)      Keep it Simple: Sheer does the work for you. Let it do its thing. Avoid opting for ornate accessories when you don a sheer outfit. Simple accessories add the touch you need to make sheer shine.

4)      Colour is king: As far is fashion is concerned, colour is king. Your clothes should always match and outfits involving sheer fabric are no exception. Follow the rules of colour co-ordination if you want to wear the material without looking like a faded pop star from the late 90’s.

5)      Be Confident: This is a bold look. You need the attitude to match or you’ll look more out of place than Lady Gaga at a meeting of the Women’s Institute when you walk out of the house in sheer clothing. Embrace your inner diva when you opt for sheer!

Do it for women everywhere!


This season’s hottest trend is a challenge to be sure, but it’s a challenge you can meet head on. If you abide by these five rules you can climb the mountain for women everywhere and make the sheer look work for you and your wardrobe!

For more stories like this, be sure to stay in touch with Luxe Models on Facebook.
Posted by Unknown at 10:19

Are the Worlds of Fashion and the Music about to Collide?

A somewhat far-fetched story recently reported in the Daily Star has made Luxe Models wonder whether the worlds of fashion and music are about to collide in a way we never could have imagined.

As much as it sometimes pains us to admit it, The X Factor has changed the face of modern music. The Simon Cowell creation has further commercialised an industry that we didn’t think could possibly be commercialised any further than it already had been after its bubble-gum pop days in the late 1990’s.

One of the reasons The X Factor has been such a hit is that it turns the relationship between its judges into a circus. We all remember the Sharon vs. Danni, the Cheryl vs. Danni, the Cheryl vs. Mel B, the Sharon vs. Louis and the Simon vs. everyone sagas. Shows like The X Factor are more likely to make stars out of their judges than the people who actually use them as a launch pad into the world of showbiz.

Kate Moss could be a judge on The X Factor

But it’s a symbiotic relationship. The show relies on the star power of its judges just as much as those who man its panel rely on its power to turn them into stars. That’s why every time The X Factor hits its latest ratings slump, the show’s execs decide that it’s time to shake up the judging panel. 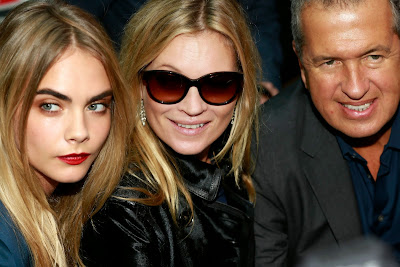 The X Factor was pounded in the ratings last year. So now every tabloid across the UK is speculating who’ll be added to the show’s judging panel for its next run. A lot of names have been thrown into the ring so far (as usual), including Nick Grimshaw and Rita Ora. The most surprising name is Kate Moss, who has been touted as an assistant judge that could help Grimshaw at the judge’s houses stage of the competition.

This is a really bad idea

Let Luxe Models tell you why this is a really bad idea. We adore Kate Moss. She is arguably the most famous super model the world has ever known, and she’s sparked more fashion trends than Madonna, Anna Wintour and Jackie Kennedy combined.

Yet she isn’t a music industry professional. She has no experience in this field and would be a disaster of a judge. If you don’t believe us, why don’t you look at a similar shock Simon Cowell hire; Ellen DeGeneres as a judge for American Idol. It generated a tonne of press but once she started the job it quickly became obvious that she had no idea what she was doing. Needless to say, she didn’t return the next season.

This is one way fashion and music shouldn’t collide

OK this isn’t quite the same thing but the point stands. There are many amazing ways that fashion and music have collided to create something incredibly beautiful. We don’t believe that hiring Kate Moss to judge the public’s singing ability would be one of them. Like DeGeneres time on Idol, it’d be nothing more than a publicity stunt.

For more stories like this, be sure to stay in touch with Luxe Models on Ello.
Posted by Unknown at 10:44

Do you love fashion and celebrities as much as us here at Luxe Models? Then there’s nothing more interesting than celebrities being fashionable at the Met Ball!

Dozens of celebrities descended to New York on Monday for the 2015 Met Ball at the Metropolitan Museum of Art.

The fundraising event marks the grand opening of the Costume Institute’s annual fashion exhibit, which will be open until August 16th. ‘China: Through the Looking Glass’ was this year’s exhibit – representing the impact of Chinese art on fashion imagination around the globe. Hosting the event was Hong Kong’s fashion tycoon Silas Chou, with tickets valued at $25,000 each. 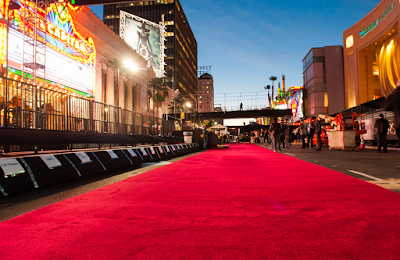 Among those in attendance to the 44th year of the event was Rihanna, who swooped in wearing a fur-trimmed yellow train with floral swirls of gold. Sounds great, but it actually took three people to carry it along the red carpet!

Beyoncé and Kim Kardashian were there, as well as some of our favourite celebrities; Anne Hathaway, Katy Perry, Bradley Cooper Ryan Reynolds (to name just a few!) The event usually sparks a bit if a trend through the summer, with people wanting similar outfits to those worn at the Met Ball. So Luxe Models are anticipating a bit of a Chinese theme to people’s summer wardrobes.

The main thing to notice was not the attire, however it was people’s hair. Sarah Jessica Parker was pulling out all the stops for hair and beauty, and she wasn’t the only one making a statement with head pieces, smoky eye make-up and statement lipsticks

Her show-stopping Philip Treacy Custom headdress, looked like it was on fire from a distance, with red and pale blue ribbons forming flame-like shapes. The former Sex and the City star’ dramatically blue eyeshadow compelled her look and defined ‘fearlessness’.

Floral headpieces can be translated as ‘Chinese headgear’ after this event, with Rihanna’s bold yellow headdress matching the haute couture embroidered cape. Kate Hudson went for a glitzy statement piece that perfectly matched her golden Michael Kors tulle gown. And fellow actress Diane Kruger opted for an oversized white flower to complement her chic dishevelled ‘do.

George Clooney’s new wife, Amal, looked like she had stepped out of old Hollywood in her first appearance at the Gala – her glossy black tresses were worn down to the side and styled in tousled waves. The slick red lipstick was the cherry on the Chinese cake-away.