What Happened to Katherine Heigl?

This week Luxe Models got to wondering where Katherine Heigl has disappeared to in the last few years. It was only a few years ago she was on the cusp of super stardom as one of Hollywood’s hottest A-listers, but now she’s apparently nowhere to be found. Obviously we’re huge fans of Grey’s Anatomy and we loved her for her role as Dr Izzie Stevens in seasons 1-6, and we really enjoyed her part in Knocked Up. So we thought we’d do a little digging and we were pretty surprised by what we found!

According to some, Kazza can be extremely difficult to work with. Not what we were expecting since most of her characters have generally been relatable and friendly. She’s gained a reputation as a “difficult” actress, costing time on movie sets, constantly questioning scripts and complaining about wardrobe issues. 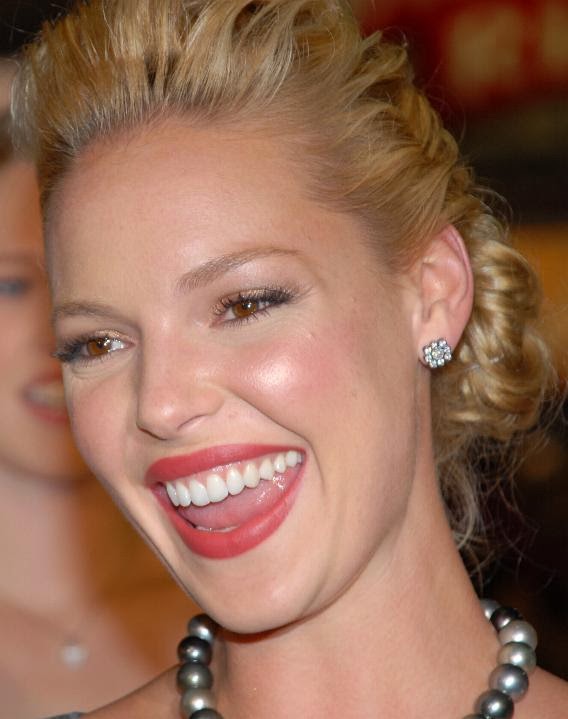 In 2007 she starred in her breakout movie, Knocked Up alongside Seth Rogen. However after a successful release, both critically and commercially, Heigl proclaimed that she found the movie to be a little sexist. This is possibly something you should have considered after a first read-through of the script, Heigz!

She also spoke out about Grey’s Anatomy, suggesting that Izzie’s character arc was “a ratings ploy”. And despite winning an Emmy in 2007, the following year she openly declared that she wouldn’t be pursuing another award for the role as a means of maintaining the integrity of the institution. In other words, Grey’s doesn’t deserve the recognition. Ouch! Recently though, Heigl has stated that she’d like to return to the show to see how things panned out for the character. Luxe Models think that seems a little odd if there’s so much bad blood there.

Apparently this nasty reputation problem isn’t entirely down to Katherine herself. Her mother and manager, Nancy Heigl, is also quite a difficult customer. People who have worked with the pair have stated that they couldn’t say anything to Nancy without being sworn at or branded an idiot.

Many producers have said they think Heigl would be perfect for the roles they have to offer but that her reputation precedes her and they’re unwilling to take the risk. However, certain others disagree. For example, Denise Di Novi, an executive producer on Life As We Know It has been quoted as saying that Heigl is hardworking and reliable.

Similarly, Anthony Burns, director of Heigl’s upcoming indie flick North of Hell, said she’s a “cool” person to work with and that she just enjoys a little honesty. She said she simply speaks her mind and when you get used to that, it’s really not an issue.

We certainly hope that the latter is true! We’ll give her new movie a go when it’s released and hopefully Katherine Heigl will return to Hollywood’s good graces. It would really be a shame to waste such a great acting talent because of a few misplaced words in the past! She also has a new TV series coming up that you can read about here.

The latest figures suggest that in Europe alone, we throw away 5.8 million tonnes of textiles to landfill every year! In the UK, we’re responsible for about 350,000 tonnes of that, and we reckon it’s about time to get a grip on it and bring the number down drastically. That’s why Luxe Models were pleased this week to see that upcycling is becoming much more popular in the fashion world.

Many people don’t realise that nylon takes 30-40 years to decompose, or that wool as wool breaks down, it releases methane, which is a major contributor to greenhouse gases. Upcycling offers fashionistas the chance to recondition old items and fabrics and release them back into the fashion sphere. 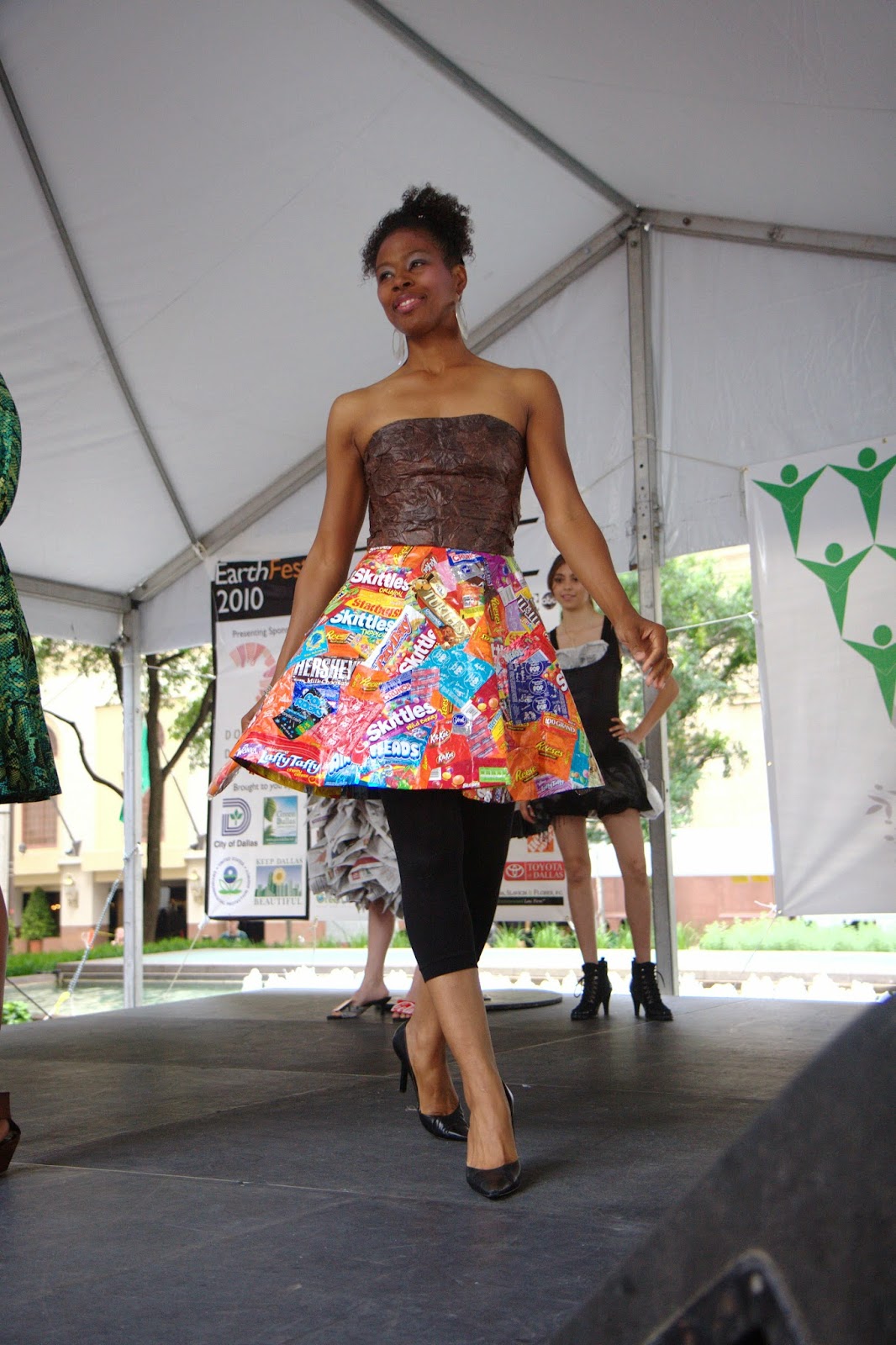 This practice has the potential to revolutionise the fashion business. Jewellery creator Kerry Howley’s Attraction/Aversion collection is made entirely of discarded human hair, and while this may sound a little grotesque, the pieces themselves are really quite beautiful and certainly something to get people talking. In terms of more mainstream textiles and clothing, TRAID are a fantastic group who turn discarded items into new, original pieces with all the profits going to charity. Similarly a couple of years back, Topshop teamed up with Reclaim to Wear to produce garments made using leftover fabrics from the fashion industry.


Taking inspiration from generations before us, these initiatives show that inspiring fashion steps can be made through making do and mending. Though that’s not to say Luxe Models don’t still love high fashion items! Of course we do! We just think that with a little time and effort, there are plenty of ways to make fashion last forever.

Luxe Models on the Girls Premiere

Stars and fashionistas extraordinaire were out in force on Monday for the Girls season 3 premiere in New York. Luxe Models were sad not to receive an invite (we assume it got lost in the post), but we were at least consoled by the amazing line up of gorgeous outfits on display! Here’s a lowdown of the highlights!

The four leads of the show; Lena Dunham (who writes, produces, directs and stars); Allison Williams; Jemima Kirke and Zosia Mamet were all beautifully co-ordinated in shimmering metallic numbers. FYI, if you’re aiming to stay ahead of the game, this is set to be a big look for 2014!

Hilary Rhoda was seen in a sharply tailored, deep-green suit, while Jenna Lyons was a little more casual in a logo sweater and trews. Nicky Hilton sported a lacy Dolce and Gabbana number in red and Karlie Kloss went for a slinky Calvin Klein dress in white.

However, it was Anna Wintour who really stole the show. Clearly out to turn heads, she was draped in an ultra-meta fur coat by Prada with a girl’s face printed across the front! Very fitting, Ms Wintour! She was no doubt toasty in the -10° winter weather that NYC was experiencing that night. Anna will probably be feeling pretty smug since her bold statement coat certainly trumped the rainbow-patterned one Marc Jacobs was spotted wearing last week. It’s not the first time this pair has been caught in a Prada coat of – check this out for more details!

It was really great to see so many talented, successful women together in one place. We couldn’t be more excited by the prospect of Girls season 3. This first two series were a.m.a.z.i.n.g. and we’re certain this one won’t disappoint! Not long to wait now – the first episode airs on 12th January!

Well the New Year is upon us and here at Luxe Models we thought we’d head down a different route and bring you a men’s fashion update for once! GQ have just released their list of Best-Dressed Men of 2014, so here’s a rundown of chaps to check out in the coming year. 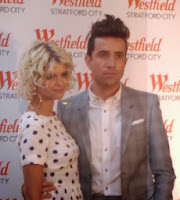 Tom Hiddleston
Last year’s winner was edged down into second place this year, though that’s still a great fashion achievement! With everything from crisp, three-piece suits to more casual-cool items (including his personal favourite, an Armani leather jacket), Luxe Models certainly agree that Tom Hiddleston knows how to get up and get dressed!

Becks has always been a fashion favourite and he continues to rank pretty highly in polls like this one. While he’s not quite made the top ten, Luxe Models reckon that 13 isn’t too bad for a man now enjoying his retirement.

Alex Turner
2013 was a great year for Arctic Monkeys with the release of their fifth studio album, AM, which debuted at number 1 in the UK and garnered a Mercury Prize nomination. But front man Alex Turner is no doubt much more excited by his inclusion in the top ten of GQ’s best-dressed list, right?

Eddie Redmayne
The ever-enticing Eddie Redmayne comes in at number 27 this year. In equal parts he is both handsome and cute, and we’re fairly certain that he could wear sack cloth and still look amazing. Thankfully he favours fashionably-tailored, trendy suits in various colours and cuts.

Prince Philip
A bit of a surprise entry at 26 comes in the form of Prince Philip. The Queen’s right-hand man has been lauded for his services to classic British tailoring. He always looks delightfully dapper in sharp suits, pulling off the double-breasted jacket as no one else can. His influence seems to reign supreme over the younger members of the royal family, with his sons and grandsons honouring his classic style.