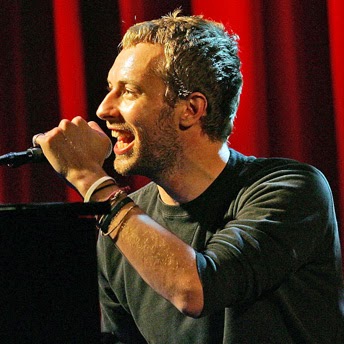 Luxe Models were saddened to read about the breakdown of one of our favourite marriages in celeb-world this morning. Chris Martin of Coldplay and actress Gwyneth Paltrow have decided to separate after 10 years of being together. The announcement was made yesterday (Tuesday) on Gwyneth’s website GOOP.

They said that they are embarking on a “conscious uncoupling”, which we think is a lovely way to put something that must be very hard on them both. Apparently they have been working

hard on the marriage for the past year, spending time together and apart to try and decide the best course of action. They stated that while they still love one another deeply, being in a relationship is no longer plausible.

They have also said however, that they will always be a family. The couple have two children together, Apple and Moses, and they clearly want to make it as easy as possible for them. Their statement made it clear that they are parents first and foremost and they won’t let their problems get in the way of their children’s wellbeing.

Paltrow and Martin have always been a very private couple, choosing not to splash their personal lives across the headlines. In this respect they also asked that their privacy be maintained at this difficult time - a fair request in light of the subject. It seems clear to us that they only want what’s best for one another. “Conscious uncoupling” has been described as a very gentle, easy way to end a relationship. While many think that a break-up has to be torrid and angry, the idea behind conscious uncoupling means that you can take that negative energy and make it into something positive, bringing the relationship to its natural, loving conclusion. The team at LuxeModels think it’s a really lovely way to say goodbye to one another, and we wish them both the best of luck.

In this modern age, we all want to look great. Our outside image is the first thing people see and judge us on, so it’s important to make a little effort and look presentable. It can also do wonders for our self-confidence when we look good and we know it! With a few simple steps and a little bit of knowledge, it’s easy to put together the perfect look. But if you’re struggling, fear not! Luxe Models have come up with some top tips to help you out.

Keep your skin fresh
The skin is the largest system in the human body. It is our outer armour and is usually visible in some way to anyone you meet. It’s really important to keep your skin looking and feeling fresh.

Employ a stringent skincare routine every day. You’ll need to get to grips with your skin type. If you have oily skin, you may want to cleanse morning and evening, or, if you have dry skin, just once a day. Use a creamy cleanser and don’t scrub. Try to keep the water at a manageable, lukewarm temperature.

Find a moisturiser that agrees with your complexion. Use it regularly, especially in winter to avoid drying. And if it’s sunny, make sure you carry sunscreen in your bag – tanning is a very quick way to age and aggravate your skin!

Make your make up matter
Depending on your eye colour, you should choose complimentary colours of eye shadow. For example if you have blue eyes, orange eye shadow will really bring them out, while people with brown or black eyes, greys and dark purples will really intensify your natural colour.

If you have large lips, you can wear most shades of lipstick, but it’s probably best to avoid very bright colours as they can make your lips look overly big. Smaller lipped ladies should steer clear of dark colours as they will tend to thin the lips.


Fashion means lots of different things to different people. Is it an expression of personality? Or are you tailoring to your shape? Maybe it’s both. The most important thing is to define your own brand of fashion. That means wearing clothes that make you look great and feel comfortable. It’s important to put at least a small amount of effort into your wardrobe since the results will be instantly and lastingly gratifying.
Posted by Unknown at 17:02

The High School Musical star showed off her incredible figure in a leather mini skirt and matching top, off-setting the whole look with a cool pair of round sunglasses.  Alessandra on the other hand played it safe in a beige flowing dress. The Victoria’s Secret model has created a line of casual clothing, known as Ále by Alessandra. She follows in the footsteps of her fellow Angels Tyra Banks and Heidi Klum. Her foray into fashion designs has also apparently inspired Lily Aldridge, who said this week that she too would like to launch her own range.

Ambrosio’s line is strongly inspired by her own bohemian style, with plenty of loose, flowing garments and looks that will flaunt the female form. It will be stocked exclusively by Planet Blue, which will be the perfect outlet for her style. Prices for the pieces range from $60 to $260 and will hit store on the 17th of March. Fashion fans can expect plunging necklines, crop tops and sexy, printed swimwear.

The collection is aimed at women aged between 18 and 35 and will eventually incorporate jewellery, accessories and fragrances. Ambrosio aims to create a collection that sums up all of her own passions, including travel and Brazilian culture.

Luxe Models were pleased to see that Cara Delevingne will make her television debut in the latest Sky Arts series ‘Playhouse Presents’, where she will star in a war-time drama.

The 21-year old model will star in a one-off production called Timeless alongside Sylvia Syms. The show will tell the story of two women who have been separated from their lovers during the war.

Delevingne will play Chloe, a young girl whose soldier fiancé is away fighting in Afghanistan. She is looking after her great-grandmother (Syms), when a knock on the door brings devastating news about her young lover.

The two women then bond over their shared experience of loss, love and hope. The episode was written by Tim Firth, whose previous credits include Calendar Girls and Confessions of a Shopaholic. It is scheduled to show on UK television on the 19th of June.

While this is Cara’s first televisual outing, she is no stranger to the acting world. She starred in 2012’s Anna Karenina and is due to appear in Face of an Angel, a movie based on the story surrounding the murder of Meredith Kercher.

Delevingne has said that while she adores modelling and really appreciates the opportunities it has opened up for her, acting is her real passion. So is this the start of a new career? Hopefully she’ll maintain both! She’s been busy lately modelling for Stella McCartney and will be headed for the Chanel runway at Paris Fashion Week.