Rihanna the Face of Balmain

Luxe Models were pleased to see that Rihanna has now been made the face of French fashion label Balmain. The stylish singer will front the label’s ad campaign for their new spring range.

The new line is expected to launch across a range of titles in the new year. Olivier Rousteing, the creative director of the label, has described her as an “icon” and said that when she’s in front of the camera she makes you feel like she’s the only girl in the world. Lol, what a joker.

The ads have been shot in New York by Inez van Lamsweerde and Vindooh Matadin, styled by Mel Ottenburg, personal stylish to Rihanna.

Rihanna, who recently flashed a bit of nip, was spotted last week sporting a sassy new do at Marquee nightclub in New York. Her corkscrew curls were piled all over her charming head in a delightfully messy tousle. And with all those adjectives, how could it be anything but perfect? She’s currently at the top of the US Billboard chart with Monster, her hit single with none other than the comeback king himself, Eminem.

Rihanna shared a few of her favourite shots from the campaign on her Instagram account this week and everyone at Luxe Models agrees, they look better than average! Kidding, they’re fantastic! Thankfully there’s not an escaped nipple in sight.

The Umbrella singer is no stranger to the fashion world, having launched her own fashion range for River Island as well as modelling for Armani last year. We’re certainly looking forward to the rest of these shots and would love to know your thoughts on Rihanna’s foray into modelling!

Luxe Models were over the moon to hear that Kate Winslet has given birth to a healthy baby boy at an NHS hospital in Sussex. The 9lb bundle of joy is her first with husband Ned RocknRoll and her third child over all. 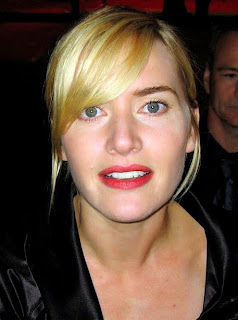 The couple have been married for about a year now, having wed last December in New York, 18 months after they met. Ned RocknRoll is the nephew of billionaire tycoon Richard Branson. Born Abel Smith, he was formerly married to socialite Eliza Pearson. He changed his name by deed poll in 2008. He is employed at Virgin Galactic, Richard Branson’s space travel company, where he holds the title of Marketing Promotion and Astronaut Experience.

Winslet and RocknRoll were wed in an intimate ceremony just before Christmas last year, so intimate that apparently neither one of them told their parents! Kate’s two older children, Mia and Joe were there however, and rumour has it her Titanic co-star Leonardo DiCaprio gave her away.

Some sceptics have suggested that Kate is perhaps a bit of a “love-o-holic”, who enjoys being swept up in the romance of a new relationship, but the Luxe Models team reckons they’re total cynics! Ned and Kate seem really happy together and they’re no doubt going to have a great Christmas together with their darling addition.

We can’t wait to find out what they name him and whether or not he’ll take the surname of Winslet or RocknRoll…we know which one we’d prefer! For more stories like this, follow us on Twitter!
Posted by Unknown at 12:14

Set to air on March 18th next year, the 100th episode of Glee will include Dianna Agron in its cast, despite 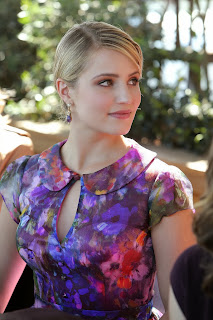 reports that said she was "intensely disliked" by her fellow stars. It was rumours like this that were used to suggest a reason for her absence from the special Corey Monteith tribute episode earlier this year, which was recorded after the young actor passed away in July.

Luxe Models were pleased to see that Dianna tweeted just before the official announcement was made, saying, "There will be some news today that I think might make many of you happy...it makes me happy too." This was followed shortly afterwards with a tweet from Glee creator Ryan Murphy confirming that Agron is to star.

On the topic of the tribute episode, Dianna insists she was never asked to be involved, while Ryan Murphy claims that he wasn't aware of her wish to be included in filming. When reports surfaced suggesting that there were bad feelings amongst the cast towards Dianna, she was said to have been very upset, especially since they related to the death of her co-star. She said that these kinds of comments made grieving for him so much more difficult.

Here at Luxe Models we hope that if there were ever any differences that they have now been firmly set aside, so that everyone can concentrate on making a fantastic episode of everyone's favourite musical dramedy! We're certainly excited to see the results!
Posted by Unknown at 15:14