1D going in Own Direction

So, it’s the news Luxe Models have been dreading – the boys are splitting up. Heartbreakingly, One Direction – the biggest boy band in the world – are to go their separate ways in March for an indefinite break, to pursue solo careers.

Harry Styles, Liam Payne, Louis Tomlinson and Niall Horan will go their separate ways, with 1D's publicists declining to comment on the reports, which first emerged on Sunday night (August 23).

The band met up in London at the weekend for a talk, following Zayn Malik’s recent decision to leave and the news that Louis is to become a father later this year.

They were formed in 2010 on the X Factor, going on to finish second in the show, and they’ve gone on to dominate world music in terms of popularity and their huge number of tour appearances. 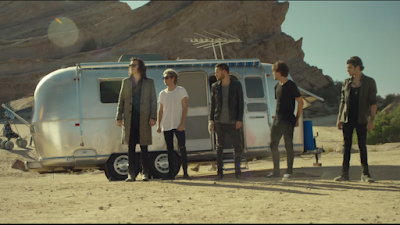 A source for 1D cited the boyband's "incredible" five-year run since their formation on The X Factor in 2010, adding: "They fully deserve to have at least a year to work on their own projects. There is absolutely no bad blood between them and they are all 100% behind the decision.

"It is definitely not a split and they fully intend to get back together at some time in the future. But for now it is the end and they go out on top as the world's most popular music act."

Nothing to do with Zayn

It’s believed that Zayn’s decision to leave has nothing to do with this decision, and the boys have been happy since he left.

"This was the plan with or without Zayn. In fact, the band have been making amazing music and been incredibly happy without Zayn," the insider claimed. 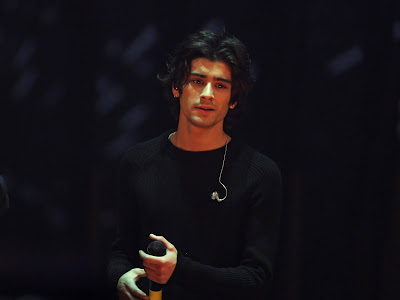 Zayn caused an uproar on social media last week, having a Twitter spat with Calvin Harris and cancelling his planned house purchase with Perrie Edwards, one fourth of Little Mix.

For the time being at least, we can enjoy 1D until next year as they will continue to work until March. Their final tour is set to be on October 31 at Sheffield Motorpoint Arena in what will finish their sell-out UK tour.

We expect a Take That-style comeback in a few years, maybe even as a five-piece, but only time will tell whether any of them can make it solo. It’s believed that Sony are desperate to sign Harry up. Hopefully they will all fare slightly better than Zayn seems to be without the other members of the band…

Which is your favourite 1D song? Digital Spy ranks their top 15.

For more stories like this, be sure to stay in touch with Luxe Models on Facebook.
Posted by Unknown at 10:43

Held at the Olimpia, this year was the fifth edition of the event since its inception in 2011. As well as those, there have also been at least ten events on the back of it held by third-party organisers including The Mayor of London’s Black History Month celebrations and the annual Africa Centre Summer Festival.

Upcoming designers have the opportunity to prove themselves at the event, with talent, creativity, and output all on display through the open-to-the-public event.

“It’s a conscious decision we made,” AFWL’s creative director, Sola Oyebade once told THISDAY. “We don’t go for the big names. We try to give a platform to young designers and help push their products out there. We’ve had top designers approach us, but told them, no, this is not your market.” 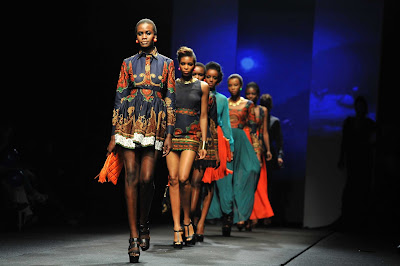 And the 2015 event was themed ‘Apprentice and Skill Development’ – it saw a plethora of young, aspiring designers join some more well-known stylists including Taiwanese Aimme Ku, who is flying the flag for Africa-inspired fashion in her native Taipei City. Nigerian designer, Needlepoint, was a favourite from last year’s event and was also in attendance with her new range this year. And the winner of the Mercedes-Benz Best Designer in Africa, Mary Martin, made her bow on the AFWL catwalk this year.

Victoria Michaels is one of the most sought-after designers in Africa. Her repertoire includes advertisements for Hertz Rent-a-car, Vodafone, MTN, Nexcafe, Da-Vica and Bela-Aqua mineral water.

Noella Musunka is also an international model and the founder of Malaika, a non-profit organisation which is aimed lives in her native Democratic Republic of Congo.

In the build-up to the event, she told the press: “It feels really great to be chosen as the Brand Ambassador for a globally acclaimed proudly African event like the African Fashion Week London… I’m particularly excited to be part of this grand platform that showcases the original African creativity, style and talent.”

“This industry has the ability to put Africa on the world stage and can provide for countless job opportunities on the ground and abroad, from local factories to international shops. It is time for the world to see the amazing talent that lies within Africa.”

It is expected that the African Fashion Week will be even bigger next year, with designers from all over the world taking inspiration from African cultures into their collections.

For more stories like this, be sure to stay in touch with Luxe Models.