18-year-old Kylie Jenner, who rose to fame on the TV reality show Keeping Up With The Kardashians, is fast becoming one of the most powerful celebrities on earth. As of 2016, she is one of the top ten most followed celebrities on Instagram, with 67 million followers.

When Kylie Jenner posts something on Instagram, it almost always goes viral. Jezebel writes that brands reportedly pay $100,000 to $300,000 for a single sponsored Instagram post from Kylie, indicating just how much influence she has with users on the image-driven social media site. She recently used her popular Instagram profile to showcase a photo of her latest modelling range.

For the campaign, the model sported Puma’s iconic suede trainers. With these shoes, Kylie wore a sports bra and a red bomber jacket draped, as well as denim shorts, tube socks and clear rimmed specs. Other snaps from the campaign showed her rocking more of Puma’s classic sportswear line and she also took it as an opportunity to show off her gorgeous new bobbed haircut!


Puma also posted a sneak peak of the campaign on their Instagram account as well. While doing so, they took the chance to share the history of the trainers they are rapidly bringing back into style, with a caption that reads “the Puma Suede started its story in 1968. Worn by athletes, b-boys, and hip hop stars of the day.” Puma also posted a video which showed Kylie sporting this retro look in a graffiti-covered vintage subway, complete with ‘80s style boom box!

The increasingly famous teen model wears sports clothing like a pro and with her really huge follower-base on Instagram, the campaign is sure to get a lot of exposure! Kylie Jenner wearing retro hip hop fashion is big news people!

Jimmy Choo is a British high fashion house which was founded by Malaysian-born fashion designer Jimmy Choo way back in 1996. Based in London, the luxury brand produces luxury shoes, handbags and accessories, but is best known to the general public for making couture women’s shoes.

These days the name ‘Jimmy Choo’ is a synonym for wonderfully luxurious shoes. This didn’t happen by accident, over the years Jimmy Choo has crafted a number of innovative ad campaigns, in order to promote itself as a high fashion house. Who can forget when Jimmy Choo joined forces with Kit Harrington from Game of Thrones to promote their men’s line in 2015! 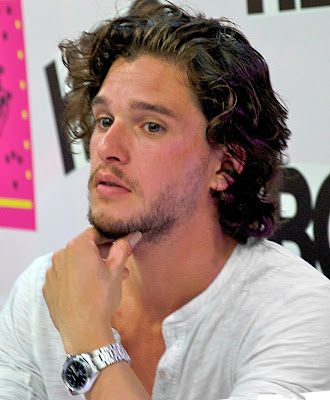 Jimmy Choo is planning to do something really special to mark its 20th birthday. Fashion Week Daily writes that the company will feature a number of top models in its autumn/winter 2016 ad campaign. These include Xiao Wen Ju, Jasmine Tookes, Lexi Boling, Milla Jovovich, Taylor Hill, Sasha Pivovarova and Amber Valletta. Meanwhile James Jagger, the son of Mick Jagger and Jerry Hall, will rock Jimmy’s Choo’s new studded loafers for men in the campaign.

Commenting on this amazing new ad campaign, Jimmy Choo’s Creative Director Sandra Choi said in a statement: “The autumn/winter campaign is a reflection of the characters who embody the Jimmy Choo brand values both during the past 20 years and into the future. It is a modern vision for our woman and signals a bold new chapter.” 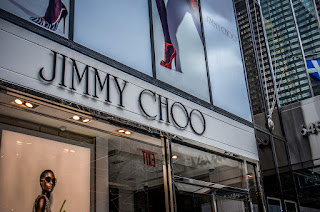 The campaign shoot took place in global fashion capital New York. The models were shot by iconic fashion photographer Craig Dean, while the styling was handled by Sarah Richardson, who is one of the industry’s brightest stars. Jimmy Choo’s campaign is set to feature in the September issues of some of the world’s most celebrated fashion publications.

September is fast becoming the biggest month in fashion. Vogue editor Anna Wintour has started a trend of saving her best for September, crafting editions during this month every year that wow fashion enthusiasts across the world. Elle is really planning on making a splash this time around, releasing multiple September front covers featuring the likes of Zayn Malik and Kristen Stewart!

We can’t wait to see what Jimmy Choo have in store for us with this campaign. They’re working with major models and releasing the campaign in fashion’s biggest month, so you just know Jimmy Choo’s 20th birthday anniversary campaign is bound to be out of this world!
Posted by Unknown at 13:58

How to Wear a Swimsuit Away From the Pool

With summer in full-swing, it’s time to break out your swimsuits. It’s increasingly acceptable to wear swimsuits beyond the water, with celebrities from Selena Gomez to Elle Fanning fast-embracing this cool new trend. LUXE Models tells you how to wear a swimsuit away from the pool.

Dress for the streets

With a good-one piece, you can throw together a look that’s great for the streets. For pointers on how to pull this off, look to Selena Gomez. In Style points out that recently, the American popstar teamed a one-piece with cut-offs and a gold-velvet blaze, creating a really casual, yet cool outfit!

Swimsuits can work just as well in the evening. To cultivate the perfect look, glam up a one-piece with statement jewellery, breath-taking stiletto heels and a bold-printed skirt and you’ll soon be ready to hit the pubs and clubs. Team with tights and a tailored-blazer if you want to get really sophisticated!

When you’re heading to the beach, you might want to put your swimsuit on beforehand, so you can get in the water as soon as possible. Just add a sarong, some leather sandals and a killer pair of sunglasses to develop a great look that you can shed easily the minute you hit the sand!

You’re never going to rock this trend right, without first making sure that you have some awesome swimwear in your wardrobe. When shopping for a bikini or a one-piece, choose the right size and cut for your body, so you can layer it up easily away from the pool! Experiment in the changing room with other clothes, so you can see how your chosen piece will look as part of an outfit! 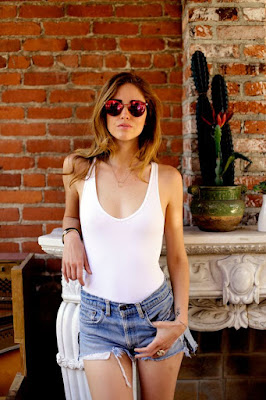 Swimsuits are really versatile, so you can really play around when you wear them beyond the pool. Experiment with different skirts, jeans, tops, accessories, jewellery and shoes to find a style that really works for you. By doing this, you can gain the confidence you need to own this fabulous trend!
Posted by Unknown at 10:29