Luxe Models are excited and at the same time heartbroken at the news that George Clooney looks set to marry human rights lawyer Amal Alamuddin. And there we were thinking he was the last great bachelor!
US media has reported that the pair are engaged, though it’s a relatively new occurrence. Ms Alamuddin is a London-based human rights lawyer aged 36 while Clooney is a 52-year-old Oscar winning actor. They have been keeping the relationship very low key up to this point, though at the same time aren’t trying to hide it either.
Apparently this is real love for the pair and they intend to be together for a very long time! Well, we certainly hope so since they’re going to get married! E! News reported that the bride-to-be was spotted wearing a “massive” engagement ring when she was out to dinner with Clooney last week. They were dining with Cindy Crawford in Malibu.
The happy couple have also been spied on holidays in New York, Tanzania and the Seychelles over the last few months. The reported engagement has not been confirmed by Clooney’s people yet, however, after his agent, Stan Rosenfield declined to comment. He said he does not answer questions about the actor’s personal life.


Amal Alamuddin works for Doughty Street chambers and has in the past defended Wikileaks founder Julian Assange and former Ukrainian Prime Minister Yulia Tymoshenko. She will be Clooney’s second wife after he was married to actress Talia Balsam from 1989 to 1993.
For more stories like this, follow Luxe Models on Twitter.
Posted by Unknown at 14:46

Luxe Models were pleased to see that Drew Barrymore gave birth to a healthy baby girl this week with husband Will Kopelman. The 39-year-old actress gave birth on Tuesday and will be calling the new addition Frankie. The couple are also parents to 19-month-old Olive. Barrymore had said earlier this year that she couldn’t wait to greet her new baby and welcome her into the world. Drew Barrymore has, of course, been in the public eye for a number of years now, so the team at Luxe Models thought we’d take a look back over her illustrious career at this happy time for her. 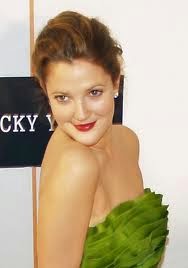 When she was 7, she won the role of Gertie in Steve Spielberg’s E.T. the Extra-Terrestrial. From there she became one of the most recognisable child stars on the scene and established herself in mostly comic roles.

Her mother soon began taking her to bars and she became a regular at Studio 54. Sadly her later childhood and teenage years were turbulent and she struggled with alcohol and drug addictions. She was checked into rehab twice before she was fifteen.

In her late teenage years she was still something of a wild child. She posed nude in Playboy and showed David Letterman her breasts while on his show. It was during this period she made movies such as Poison Ivy and Guncrazy. At 19, she entered into a short marriage to bar-owner Jeremy Thomas, which lasted less than three months.

She found more mainstream success from 1995 when she founded her own production company, Flower Films. Since then she has starred in a number of box office hits including The Wedding Singer, Never Been Kissed and Charlie’s Angels.

Barrymore has also had a number of successful modelling projects. She was the face of CoverGirl cosmetics and Gucci jewellery, and was named one of People magazine’s 100 Most Beautiful People.

It’s great to see how far Drew Barrymore has come in her life and Luxe Models are really pleased she’s achieving and maintaining happiness with her family.

If you’re interested in a career in modelling, visit the Luxe Models website where you can find details of our portfolio services. You can also follow us on Twitter for regular updates.
Posted by Unknown at 12:28

Luxe Models had a chuckle when silly model and actress Helen Flanagan has let slip that her footballer boyfriend of two years, Scott Sinclair will leave West Bromwich Albion FC later this year. She was busy gushing about the home they’re having built in London and said that Scott “breaks up” in six weeks’ time, and after that the couple will know where they’re headed.

Scott is currently on loan from Manchester City and had been keeping very quiet on the subject of his future career. Many West Brom fans had probably hoped he would stick with the team, though by the sounds of it, they’re going to be disappointed.

Helen revealed that the couple don’t know where they’re going but they will not be staying in Birmingham. While her line of work allows her to move around and work from wherever she needs to, she has said she understands that Scott’s work is not quite as flexible and she will happily move to be with the man she loves.
She also stated that the house they’re working on in London should be finished by Christmas. So could this mean a shift south for the pair? Quite possibly!

The former Coronation Street actress is well-known for making public blunders like this. Last year she tried to show her support for PETA, the animal rights charity, while also endorsing the use of leather products. She posted a number of pictures on Instagram, some of which showed her in a PETA t-shirt, while others showed off her huge range of designer leather handbags. She also posted a picture of herself holding a gun to her head in 2012 just after the Sandy Hook school massacre – not very clever at all, Helen. She later said it was the most stupid thing she’s ever done.

Luxe Models wonder if boyfriend Scott Sinclair will be able to see past her latest encounter with saying the wrong thing or if she’ll be taking a trip to splitsville! We’ll keep our eyes peeled.

Luxe Models have seen Jessie J making headlines this week with her admission that she is no longer bisexual and is in fact “just straight now”. Back in 2011, the singer declared she had dated both men and women, but said last week that she now feels her bisexuality was “just a phase”. This has been a disappointing blow for her teenage LGBT fans, and young women in particular, who looked up to Jessie J as an honest, open role model. But is it really as bad as the media are making it seem?

Jessie has said she now exclusively dates men and is on the hunt for a husband with whom to start a family. Many fans have been outraged by her renouncing her bisexuality, suggesting that she’s lying about it, or that she made it up in the first place to sell records. Jessie J has fought back with a 1,100 word statement in which she says the hate that fans are firing at her is “uncalled for” and “ridiculous”.

The statement also says that Jessie feels she was “mislabelled” by the press. She apparently never used the term “bisexual”, saying instead that she had dated both men and women in the past. She said that this was all experimentation and that plenty of other people had done the same. She has dated just one girl and besides that has exclusively had relations with men. She said telling the public about this was simply down to her own naivety of how the media worked, rather than a bid to sell more records.

Despite her change in stance on her own sexuality, the Nobody’s Perfect singer says she maintains a “love who you want” policy. LuxeModels have to agree. It’s clear Jessie J just wants to be honest with her fans, which is far more fair than lying and giving them false hope. She can still be a role model for young fans by being a decent person; she doesn’t have to be defined by her sexuality – no one does. So maybe we need to concentrate on what Jessie does best: making pop music! 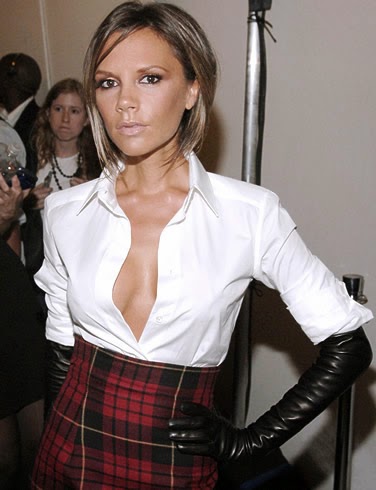