There are tonnes of counterfeit designer fashion products floating around on the market. It’s really important that you know how to separate real deal from fakes, to ensure you get your money’s worth when shopping for designer labels. LUXE Models explains how to spot fake fashion.

Production location can be a big indicator of fake fashion. A lot of counterfeit clothes and accessories are made in Asia, due to cheaper production costs, so if the label on your Hermes scarf says “made in China,” it probably isn’t real. The majority of designer fashion goods are made in Europe, home to global fashion capitals such as London and Paris, and pieces will include engravings stating this.
Read this article in full with LUXE Models.
Posted by Unknown at 09:14

Halloween is upon us once more. As a fashionista, this night presents you with a conundrum. How can you wear a really scary costume, without falling foul of the fashion police? Here to lend you a helping hand, LUXE Models reveals five tips for stylish Halloween costumes that you should try this year!

The wider you spread your net, the more likely you’ll be to find chic Halloween costumes. With the arrival of the digital age, you’re no longer limited to just high street retailers, as these days you can buy clothes online too. When shopping for Halloween costumes, ensure you look at online fashion retailers like ASOS, Boohoo and Net-A-Porter, to find fabulous, but scary pieces at even better prices!
Read this article in full with LUXE Models.
Posted by Unknown at 09:11

In order to give yourself the best chance to become a model, you should first find a role model, to show you how to carve out a successful career in one of the world’s most exciting industries! If you’re looking for modelling success stories, find out more about Adriana Lima, who during her career has become a true industry titan!

Adriana was born in 1981, in the Brazilian city of Salvador. Growing up, Adriana never saw herself becoming a model, despite the fact that she won beauty contests at school. According to Maybelline, a make-up brand Adriana later worked with, the Brazilian beauty’s career began when she was just 13.
The future model was discovered at a shopping mall. At just 15, Adriana triumphed in the ‘Ford Supermodel of Brazil’ contest, going on to place second in the ‘Ford Supermodel of the World’ competition. With this validation, Adriana decided to move to global fashion capital New York and before long, she was signed with Elite Model Management, one of the top modelling agencies on earth.
Read the article in full with LUXE Models.
Posted by Unknown at 12:41

Former One Direction member Zayn Malik is taking over the world of fashion right now. Along with modelling, new reports suggest that Zayn is now planning on becoming a fashion designer...

Do you want to become a male model? Look at Zayn Malik for inspiration. With his gorgeous looks and on-point sense of style, it was only ever a matter of time before the 'Pillow Talk' singer took the world of fashion by storm. Zayn's fashion work first came to LUXE Models' attention when in September, he joined stars like Twilight actress Kristen Stewart in fronting Elle magazine, making waves all around the world.

Zayn's meteoric rise was confirmed by Business of Fashion, a sector publication, when they recently named him one of fashion's most influential people. Zayn is now considered as influential as major models, designers and trendsetters ranging from Gigi Hadid, his supermodel girlfriend, to iconic Vogue Editor Anna Wintour, who has re-defined fashion during her tenure in this post. Where next for Zayn?

You can read this article in full with LUXE Models.
Posted by Unknown at 12:38

The Karl Lagerfeld-designed Chanel show was undoubtedly a highlight of the recently-held Paris Fashion Week Spring/Summer 2017. For the event, the iconic designer transformed Chanel’s runway into a data centre, showing the rising influence of technology in fashion.

Paris is a true global fashion capital. This was the city where Haute Couture was invented and the place where legendary designer Coco Chanel pushed the boundaries of fashion. Many of today’s top fashion houses, from Chanel and Dior to Givenchy and Vuitton are based in Paris today.
Twice every year Paris holds Fashion Week, where top designers come together to reveal the latest trends. During Paris Fashion Week Spring/Summer 2017, we saw that statement coats, experimental sleeves and feel-good fashion are all set to become stylish. It also became clearer that Paris is becoming a major fashion innovator, with designer like Karl Lagerfeld pushing it to the next level.
Read the article in full on LUXE Models. 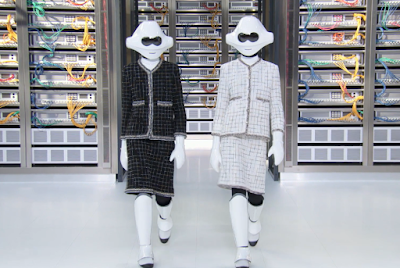 At the recently-held London Fashion Week Spring/Summer 2017, we learned that tea dresses are set to be huge next season. To help you nail this trend, LUXE Models reveals five style tips.

Tea dresses show off the lower parts of your legs, so you need to think about what to do here when styling these pieces. Tea dresses can work with tights, but they’re often best with bare legs, especially in spring and summer. Another big issue you’ll need to consider here is shoes. To make the most of tea dresses, try pairing them with fun strapped sandals in summer and killer, thigh-high boots in winter!
Read the article in full with LUXE Models. 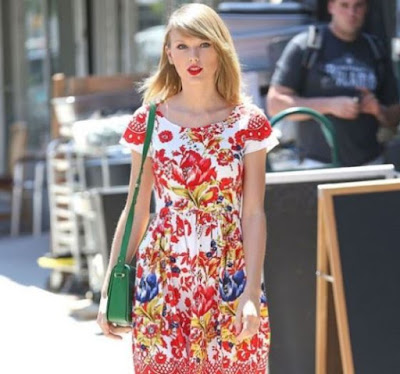 Kim Kardashian stunned at the Balmain show. The reality TV star, who sat on the front row, rocked a risqué metallic, knit-fishnet floor-length dress which left almost nothing to the imagination. Sparking headlines around the world, we’re sure this fabulous piece, along with other Balmain highlights, such as jewel-toned snake prints and rainbow crocheted clothes, will be everywhere next season.
You can read this article in full with LUXE Models.
Posted by Unknown at 09:48