Kim Kardashian Succeeds in Her Quest to Break the Internet

Last week, Luxe Models are pretty sure Kim Kardashian succeeded in her quest to break the internet, after she postedsnaps from a photo shoot which emphasised her famous derrière.

The Rise of the Big Booty 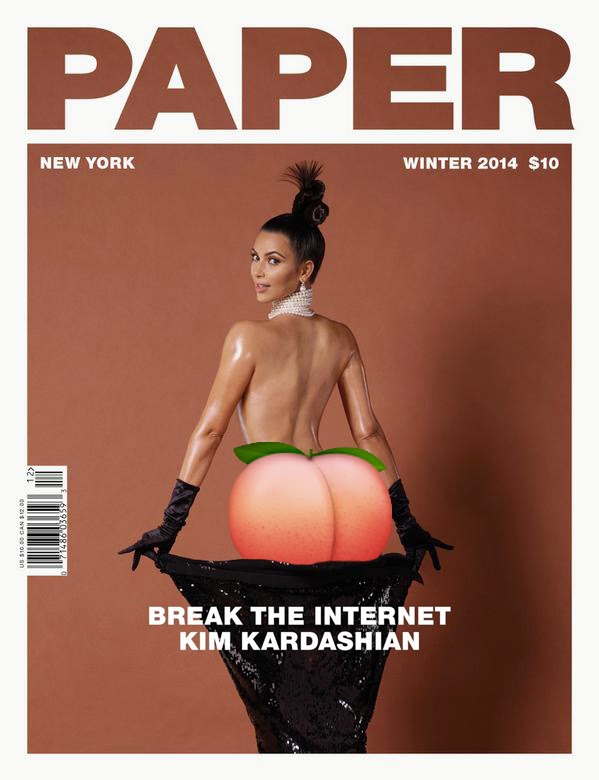 Kardashian’s booty meanwhile, has a cult following all of its own. A booty in the true sense of the word, many have said that it’s contributed to the big bum trend that’s reshaping the world of fashion right now. We’re no longer in the late 90’s; skinny butts are out and big, curvaceous booties are well and truly in.

The trend is unlikely to die down any time soon, as Kardashian recently went to extra pains to show off her bum to the world. As part of her goal to ‘break the internet’ (no idea what that even means), Mrs Kanye West took the time last week to post snaps from her photo shoot for the cover of Paper Magazine.

Among the host of pretty graphic pictures, there are two that immediately stick with you. For the first, Kardashian lowers her gown to sit underneath her bum, and show off her back and derrière. In the second, she shows off her best party trick, by balancing a champagne glass on her behind, whilst a stream of the luxurious tipple flows into said glass over her head.

Astounding. Absolutely, positively astounding. The pictures, whatever you think of the reality TV icon, are a sight to behold. She looks fantastic, glamourous and ready to take on the world. And yes, she certainly succeeded in her mission to break the internet.

Social Media sites practically went into overdrive once the pictures were released. She posted the stills on her Twitter and Instagram accounts, captioning them "and they say I didn't have a talent...try balancing a champagne glass on your ass LOL." Both sites, as well as Facebook, Pinterest etc. preceded to go absolutely stark raving crazy.

You’ve got to Hand it to Kim Kardashian

You’ve got to hand it to Kim Kardashian. She said she’d break the internet and she pretty much did it with nothing but the power of her own behind. That’s impressive for a woman many say doesn’t have an ounce of talent in her entire body!

For more stories and articles like this be sure to stay in touch with Luxe Models on LinkedIn.
Posted by Unknown at 10:57